ELLIPAL hardware wallets and the Safepal are among the most popular among hardware wallet users. However, in addition to the general property - the presence of an air gap, these devices have some differences. In addition, they are strong competitors to the industry leaders - Ledger and Tresor hardware wallets. Let's compare the main parameters and consumer properties of ELLIPAL and Safepal.

ELLIPAL* is a hardware wallet company that launched its first cold wallet model in 2018. Currently, ELLIPAL now sells its second model which is called the ELLIPAL Titan cold wallet.

Safepal** is also a hardware wallet company that launched its first model, Safepal S1 in 2020. There are many similarities between these wallets but there are also strong differences that pull them apart. In this article, we will compare the two hardware wallets on the points that matter to you, as a trader.

What the ELLIPAL Titan and Safepal S1 have in common is that both works without needing to physically connect to a computer via a USB cord or to a mobile phone via Bluetooth. This makes the system air-gapped because it will never get a chance to connect with anything online and risked getting hacked. This can be compared to other hardware wallets such as Ledger or Trezor that have to be linked with a PC to use. In this case, both Ledger and Trezor are not air-gapped.

Nonetheless, hardware wallets still need to be able to transfer data to an online proxy to allow the user to access their crypto. Instead of USB or Bluetooth connections, hardware wallets like ELLIPAL and Safepal use the QR codes scanning method and uses.

Being air-gapped brings many security benefits including it being impossible to be hacked through any online means. For example, if your computer is hacked, connecting a hardware wallet to access your funds via the computer may lead to your wallet being hacked and crypto being stolen. This is because the hacker can find a way to access your hardware wallet the moment the connection with the computer is established. For wallets like ELLIPAL, there is no connection so hackers can't gain access.

The hardware is where the ELLIPAL Titan and Safepal S1 see a lot of differences. The ELLIPAL's system is placed inside a strong, 100% one-piece metal frame. A touch screen is then placed on top and sealed tightly to create a strong seamless piece of hardware. On the other hand, the Safepal S1's is made out of plastic and has a small screen and navigation buttons. Both devices have batteries inside for charging and a camera for QR code scanning.

A special feature about the ELLIPAL that many other hardware wallets don't have is its anti-tamper and anti-disassembly features. If a hacker or a thief tries anything to access the system such as prying it open, the ELLIPAL's system will detect it and automatically deletes every data on the wallet and make the wallet unusable. This protects the data of the user and also prevents crimes like supply-chain attacks. Users who received an ELLIPAL can always be sure that the wallet is safe to use because if it has been hacked or modified before, it won't be usable the moment you received it.

In top of that, the ELLIPAL is already very difficult to pry open thanks to how it is manufactured. If a hacker successfully pries it open, it will leave serious physical damage; and as you may know, nobody uses a damaged wallet.

The ELLIPAL Titan and Safepal S1 are both very secure considering their air-gapped protection. In terms of protection from online attacks, they are more secure than both the Ledger and Trezor. They are also easy to use as users only need to download an APP on their phone and use it by only scanning QR codes.

However, the ELLIPAL Titan stands out due to its solid metal build that makes it strong against physical attacks and supply chain attacks as well. It is easy to not worry about dropping the ELLIPAL or damaging the ELLIPAL compared to the Safepal. ELLIPAL also has double the coin support as Safepal meaning users will have more choices if they use the ELLIPAL. 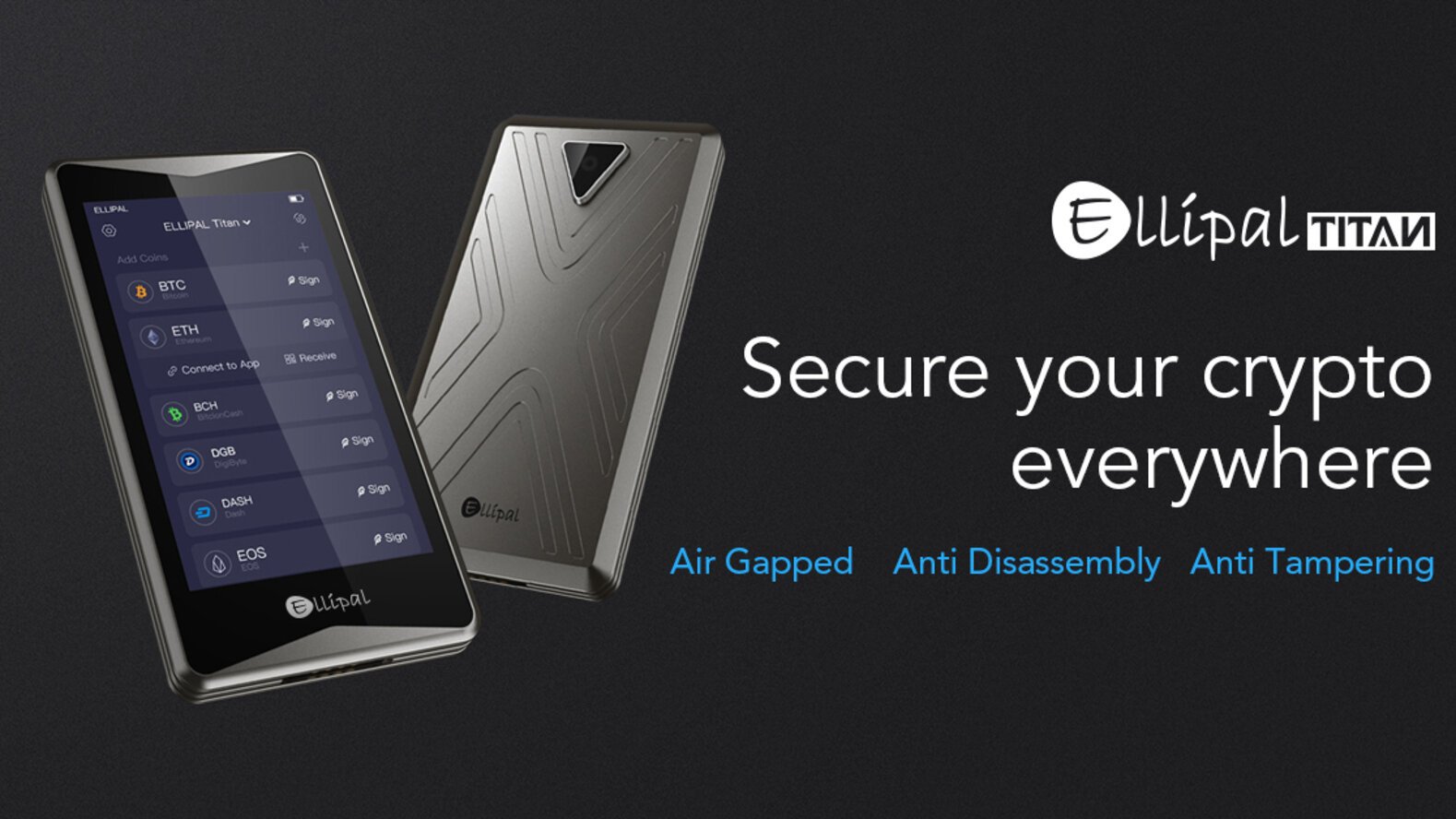 The flagship product is the ELLIPAL Titan hardware wallet.

**) SafePal is dedicated to providing a secure and user-friendly crypto management platform for the masses to secure and grow their crypto assets safely and conveniently. It is the first hardware wallet invested and backed by Binance.

SafePal is now serving more than 2,000,000+ users from more than 140 countries through its unique hardware wallet and software wallet product lines, all paired and managed through the SafePal App, where users can easily secure, manage, swap, trade, and grow their crypto wealth without compromising asset security.

SafePal was founded in Jan 2018. The SafePal Team comes from a diverse industrial background, overlapping more than a decades worth of experience in hardware, software, UI design, and cybersecurity. Being based in Asia with close ties to Shenzhen (China’s hub for cryptocurrency), the team has a wealth of resources with leading tech giants like Tencent, Huawei, and Samsung.

The flagship product is the SafePal S1 Hardware Wallet.