14 Types of Hackers to Watch Out For 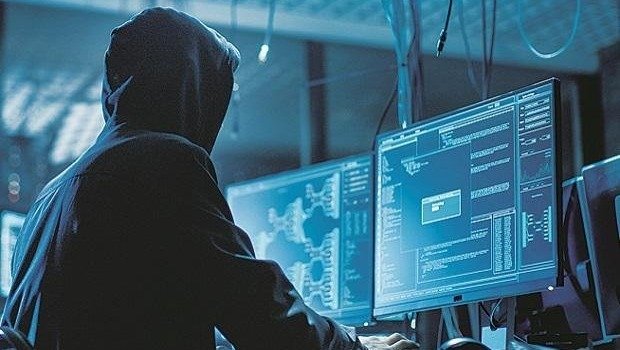 Technology has evolved rapidly in the last two decades, bringing about new innovations and tools to help us navigate our tech-driven world. While much technological evolution has resulted in tools that help us work, live and navigate modern life with more ease, technology has also opened a widening window of security vulnerabilities that cybercriminals love to exploit.

Hackers - and the malware they use in their crimes - have seen much evolution as well, and the methods they use to carry out their attacks have become increasingly sophisticated. Today’s modern-day hackers are nothing short of skilled professionals, and they fall into a few different categories based on their motives and how they perform their attacks.In fact, not all hackers are criminals—some are actually hired to stop criminals in their tracks. Read on for a breakdown of 14 types of hackers to watch out for.

A black hat hacker is a cybercriminal who breaks into computer systems with malicious or criminal intent. Black hat hackers are probably what you think of when you picture a typical hacker or cybercriminal. Their advanced technical knowledge and ability to navigate the cybersecurity landscape is what makes them so skilled in carrying out their attacks. They go out of their way to find vulnerabilities in computer systems and software, which they exploit for financial gain or other malicious purposes.These individuals can do serious harm to individuals and organizations alike by stealing sensitive or personal data, compromising entire computer systems, or altering critical networks.

Motives: To profit from data breaches

Who’s most at risk? Black hat hackers pose the most risk to organizations, which they typically target to steal sensitive data that can compromise a business financially.

Who’s most at risk? Criminal hackers

A grey hat hacker is a cybersecurity expert who finds ways to hack into computer networks and systems, but without the malicious intent of a black hat hacker.Typically, they engage in hacking activities for the pure enjoyment of finding gaps in computer systems, and they might even let the owner know if any weak points are found. However, they don’t always take the most ethical route when employing their hacking activities—they may penetrate systems or networks without the owner’s permission (even though they aren’t trying to cause any harm).

Who’s most at risk? Anyone who doesn’t want unauthorized access to their systems and networks

Script kiddies are amateur hackers that don’t possess the same level of skill or expertise as more advanced hackers in the field. To make up for this, they turn to existing malware created by other hackers to carry out their attacks.

Motives: To cause disruption

Who’s most at risk? Organizations with unsecured networks and systems

A green hat hacker is someone who is new to the hacking world but is intently focused on increasing their cyberattack skills. They primarily focus on gaining knowledge on how to perform cyberattacks on the same level as their black hat counterparts. Their main intent is to eventually evolve into a full-fledged hacker, so they spend their time looking for learning opportunities from more experienced hackers.

Motives: To learn how to become an experienced hacker

Blue hat hackers are hired by organizations to bug-test a new software or system network before it’s released. Their role is to find loopholes or security vulnerabilities in the new software and remedy them before it launches.

Who’s most at risk? Criminal hackers

Red hat hackers are hired by government agencies to spot vulnerabilities in security systems, with a specific focus on finding and disarming black hat hackers. They’re known to be particularly ruthless in their hunt for black hat criminals, and typically use any means possible to take them down. This often looks like using the same tactics as black hat hackers and using them against them—using the same malware, viruses and other strategies to compromise their machines from the inside out.

State/nation sponsored hackers are appointed by a country’s government to gain access to another nation’s computer systems. Their cybersecurity skills are used to retrieve confidential information from other countries in preparation for a potential upcoming threat or attack, as well as to keep a pulse on sensitive situations that could pose a threat in the future. These types of hackers are hired solely by government agencies.

Who’s most at risk? International hackers and criminals

Motives: To expose or exploit an organization’s confidential information

Who’s most at risk? Internal executives and business leaders

Motives: To shed light on an alarming social or political cause (or to make a political or ideological statement)

Who’s most at risk? Government agencies

11. Elite Hackers: The Most Advanced Hackers

Elite hackers are the cream of the crop in the world of cybercriminals, and are considered to be the highest skilled hackers in their field. They’re often the first ones to discover cutting-edge attack methods, and are known to be the experts and innovators in the hacking world.

Motives: To perform advanced cyberattacks on organizations and individuals

Who’s most at risk? High-revenue corporations

Cryptojackers are known to exploit network vulnerabilities and steal computer resources as a way to mine for cryptocurrencies. They spread malware in a variety of ways, often by planting infectious viruses across the web. These viruses and ransomware-like tactics are used to plant malicious code on victims’ systems, which work quietly in the background without the victims’ knowledge. Once the code is planted, it sends the results back to the hacker.Cryptojackers are tough to spot, since the malicious code can go undetected for a long time. Since their motive isn’t to steal victims’ data, but rather to use their system as a vehicle for cryptocurrency mining, it’s difficult to trace the source of the infection once it’s discovered.

Who’s most at risk? Any individual or organization with unsecured networks

A gaming hacker is someone who focuses their hacking efforts on competitors in the gaming world. With the gaming industry booming, it’s no surprise that its own specialized category of gaming hackers have emerged as a result. Professional gamers might spend thousands of dollars on high-performance hardware and gaming credits, and hackers typically carry out their attacks in an attempt to steal competitor’s credit caches or cause distributed denial-of-service (DDoS) attacks to take them out of the game.

Who’s most at risk? High-profile gamers

Botnet hackers are malware coders who create bots to perform high-volume attacks across as many devices as possible, typically targeting routers, cameras and other Internet of Things (IoT) devices. The bots operate by looking for unsecured devices (or devices who still have their default login credentials intact) to plant themselves in. Botnets can be used directly by the hacker who created them, but they’re also frequently available for purchase on the dark web for other hackers to take advantage of.

Motives: To compromise a high volume of network systems

Who’s most at risk? Individuals with unsecured routers and WiFi-connected devices

The constant evolution of today’s cyberscape means an ever-increasing amount of information is available online, and there are countless types of hackers looking to exploit it. While the intent of every hacker is different, the danger they pose to the security of your data remains the same. One of the simplest steps you can take to keep hackers at bay and defend against a potential attack is to make sure you’re equipped with a reliable antivirus.

How to Fight Cybercrime

It seems like in the modern age of technology, hackers are taking over our systems and no one is safe. The average dwell-time, or time it takes a company to detect a cyber breach, is more than 200 days. Most internet users are not dwelling on the fact that they may get hacked and many rarely change their credentials or update passwords. This leaves many people susceptible to cybercrime and it’s important to become informed. Educate yourself and others on the preventive measures you can take in order to protect yourself as an individual or as a business.

Types of cybercrimes, ways of recognizing and combating them
Fraud with bitcoins and crypto: methods of preventive protection of crypto assets
What Are the Bitcoin Mining Risks and Security Risks?